IPVanish VPN is one of the top VPN service providers in the world, located in Orlando, Florida. It was founded by Mudhook Media Inc., in 2012. It started with 32 servers for a client Windows operating system, which they later expanded. Now, it offers a secure connection network which spans around 40,000+ IPs on 1,300+ servers in more than 75 different locations (mainly located in Europe and North America), which is supported by various platforms including Android, macOS, and Fire TV, giving the ability to surf the web anonymously and securely.

Additionally, it has received several positive reviews by industry associations and online publications, for instance PC Magazine rated them “excellent” in an April 2017 review, praising it for its BitTorrent practices.

TechRadar rated them 4 out of 5 for their services. They even received the Silver Award as a Startup of the Year from the Info Security PG’s Global Excellence Awards and Lifehacker AU rated them as the #1 VPN service. 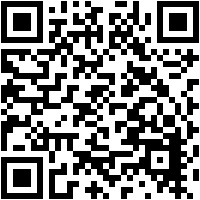 As per our IPVanish review, here we found some of the features like:

What are the Features of IPVanish?

What is the Pricing Structure of IPVanish?

As per our IPVanish review, we found that it’s one of the most low-cost VPN providers in the industry, offering exceptional services and functionality. Moreover, they don’t dilute their offered services with different types of packages such as Bronze or Platinum and offer the same services with the only difference being the time length.

These days VPNs are used almost everywhere, whether it’s work-related or for personal purposes.

To enjoy all that activity, the speed of your VPN is critical. If the speed offered is not up to the mark and keeps on lagging, users will tend to look somewhere else.

Clearly it’s safe to say that IPVanish offers quality upload and download speeds. If you are looking for a VPN based on their performance, then you will not be disappointed.

Where are the IPVanish Servers Located?

Presently, the IPVanish VPN server list has more than 1,300 servers, offering 40,000+ IPs distributed in 75+ different locations. The best part is that all the servers are owned by IPVanish itself, there’s no third party involved, which makes them quite competitive. All the servers offered by IPVanish have passed Security and Privacy tests with flying colors as there are no issues with IP address or DNS leaks, no matter what device you connect from, whether its Windows, Mac OS or Android.

The majority of its servers are located in the United States, United Kingdom and Australia while IPVanish also maintains its presence in other locations such as Hong Kong and Turkey. However, they have suspended a few server operations in Russia due to conflict of the company’s zero-log policy and its local law.

User Experience – Is it Easy to Use?

Installing and using the IPVanish application is pretty simple. It offers a user-friendly interface, which makes it easier for first timers as they offer most things in a way that is very easy to find. The application functions quite well and the selection for specific servers along with their city is all accessible from the main screen itself, which makes it easier for the new users. Apart from this, they also offer several options in the “Settings” area, which provides all the essential requirements like DNS Leak Protection, IPv6 Leak Protection, Port and Protocol selection.

Apart from this, their apps for other devices are also a lot easier, for example, in Android the interface is quite similar to desktop, tasks such as selecting or connecting the server of your choice can be done from the main app screen itself. Apart from this, they also offer apps for other devices like Amazon Fire TV, which works well with Fire TV, Fire TV Cube device, Fire TV Stick, etc.

How is the Customer Support Service of IPVanish?

Customer support service is very important, and it should give a positive experience to users. At IPVanish VPN, you will not be disappointed, as they offer exceptional customer support.

At IPVanish VPN, you will find setup guides for all of the platforms and devices supported by them, which you can access based upon your device. Apart from this, they also assist by chat, email and telephone support. So, if you are facing any problem or have any technical issues and don’t have a solution for it, you can contact them without any hesitation and they will be there to help.

What are the Pros of IPVanish?

What are the Cons of IPVanish?

Throughout our IPVanish review, we were not able to find much to complain, but again some of them which have to be addressed are:

Get a Best Deal from IPVanishVPN. Save up to 57% by using IPVanish Coupon Code.

Is IPVanish any Good?

During our IPVanish review we noticed it offers an impressive collection of servers with ten simultaneous connections. With unique features such as automatic IP address cycling, we can say that it’s more like an all-around product.

Is it Safe to Use IPVanish?

Yes, there’s nothing to worry. IPVanish has even mentioned that they take users privacy very seriously and because of that IPVanish does not monitor, collect or log any traffic or use of its service.

How do I Fix IPVanish not connecting warning?

While connecting to IPVanish VPN from Windows 10, some users are facing the connection error. Here are the steps the user should follow to fix the IPVanish not connecting warning.

Can you Pay Monthly for IPVanish?

Yes, you can pay monthly. If you choose to go for the monthly basis subscription, it will cost you $10.00/month, which is a bit costly compared to $6.49/month for a 1-year subscription.

Does IPVanish have a kill switch?

Yes, a Kill Switch feature is available but currently it’s only supported by Mac OS X and Windows client.

Can I use IPVanish on all my devices?

Yes, IPVanish is compatible with many devices. You can download and configure manually for as many devices you want. But, one thing to note is that with one single account, you will be able to connect only ten devices concurrently.

Can you cancel IPVanish at any time?

Yes, you can cancel your account any time you want. But as per IPVanish policy, a refund will only be possible if it’s cancelled within the seven days of purchase.The refund process takes anywhere between 3-5 business days.

Is IPVanish Safe for Torrenting?

As per our IPVanish review, yes it offers torrenting and its completely safe to use. It is one of the few VPNs that is mainly built to provide a safe torrent experience to users. They have even played that up on their website regarding the P2P activity by advertising as the fastest VPN for Torrenting. Furthermore, it is protected with advanced feature like SOCKS5, which maintains your privacy by masking your IP address and passing the traffic through an offshore web proxy, keeping you safe from the tracking of your ISP.

Can I Install IPVanish on My Router?

Yes. It’s possible to get a VPN router installed with IPVanish service in two different ways. Firstly, the recommended one, you can purchase a pre-configured router from their partners FlashRouters or InvisBox. Secondly, a DIY instructional guide is also provided to configure it at your home.

Yes, IPVanish offers Split Tunneling feature for Android and FireOS device apps. This feature allows you to route your selected applications from your ISP (Internet Service Provider) rather than using a VPN.

Does IPVanish Work with Netflix?

Yes, IPVanish works with Netflix. If you’re in another country and use IPVanish, then you will be able to enjoy all your Netflix shows which you used to watch back at your home. However, as per our review of IPVanish, we noticed that some of the servers did not work when we tried to access Netflix USA. For this issue, we contacted with their customer support and got to know that servers in Dallas, Chicago or Las Vegas will work with it. So, if you want to access the Netflix of the USA or any other region and can’t find the right server, it’s better you check with the customer support team and get the right server for yourself.

Yes, IPVanish offers separate How-To guides for streaming services such as Amazon Prime, Hulu, Netflix and also other troubleshooting guides, where they have given step-by-step instructions on how to configure it on the VPN application.

Is it True that IPVanish does not Keep Logs?

Yes, IPVanish does not keep logs of their users. They do not monitor, store or record logs for any of the activity done by their customer’s VPN. It follows a strict zero log policy. In their Privacy Policy, they have mentioned about the same that they do not collect the internet traffic of their users in any circumstances no matter which platform they are using.

Lastly, if you have come across the Reddit post about IPVanish keeping log despite their logging policy, then no need to worry as they have come out clean about their accusation. Additionally, they provide many physical layers and digital security for their VPN service due to which all the traffic data passing through their network is encrypted as well as unreadable.

Does IPVanish Works in Heavily Restricted Region like China?

No, mostly, it does not work. We went through their troubleshooting guides and found the same thing. They have also mentioned that if you attempt to connect with their VPN from China or any other heavily restricted country that block their domain or website, it will fail.

Alternatively, there’s a slight chance which may or may not work, is to connect via a manual configuration by connecting through their server’s IP address instead of server names. Though, specifically, China has started blacklisting their IP address. So, for China, this measure will also fail. Again, they have provided the guide, where they have given instructions on how to try manually.

How Strong is Encryption of IPVanish VPN?

Encryption is an essential security feature which makes a whole lot of difference for the success of VPN, and IPVanish is not behind in it. They offer AES 256-bit encryption, the same encryption standard, which is used by the government of the U.S.A. to secure their sensitive data. Lastly, it helps in securing and hiding your internet activity from your ISP and government surveillance by masking your true IP Address.

No, IPVanish does not offer a free trial. But if you have sign-up through their website, they do offer a 7-day money back guarantee from the date of purchase without any question being asked. Moreover, IPVanish accounts created in their iOS app through iTunes will not be eligible for this 7-day money back guarantee, as it’s refunded by Apple on which they don’t have control.

Yes, currently they are offering a deal where on the 1-year subscription you will be able to save up to 60%. Generally, their one-year subscription plan is priced at $6.49/month means it costs $77.99 per year, but with the help of this deal you will get for $58.49 for the first whole year.