From Drama to Comedies Streaming Giant Netflix Has Everything

Netflix is the gold standard one of the most popular streaming services, which is used by many around the world for watching or binge-watching various TV series and movies. Generally, it started with focusing on film, but nowadays, it has been shifted more towards a series of multiple episodes and seasons. Netflix consist of several popular TV shows that it can become almost impossible to mention every single one.

Mostly, everyone is aware that Netflix makes much content, and they even have a specific library for each country, which maintains their own list. It’s even astonishing to know that how many movies and series this streaming service churns out every year. In 2019 alone, Netflix released 371 original shows and movies, which means that even if someone tries watching one Netflix original from start to end for every single day of the year, still it won’t be possible to finish it all by the year ending.

Another thing is that the success of Netflix has never halted, and it’s still going strong and maintaining its own spot in this 2020 too. It means similar to Lucifer; there are many other series that could be missed out easily.

However, no need to worry, here we’ve created our guide that contains the top 13 series on Netflix that you must not miss watching in this 2020.

Lucifer is one of the famous American TV series that gave many a touch of the eternal theme. It’s a series tiptoe through Genesis Bible stories with the plot lines that will make anyone wonder how those first human souls could’ve been like. It’s considered as the most charming and respectful series of Netflix that has won the hearts of many audiences globally.

It’s an uncanny humor series of Tom Kapinos that revolves around Lucifer Morningstar, the devil who is cast out of Heaven for some betrayal.

To sum it up, it’s an occasional Netflix series with the unique concept of The Hell and The Heaven, Devil, and Angel along with some real-world issues – however, not going too deep into it.

Dead To Me is one of the American dark comedy series created by Liz Feldman. It revolves around two characters Jen and Judy, on whom this whole series is based on. It’s the story of Jen and Judy, how they meet each other, and how each of them copes with their loss differently.

For instance, Judy is seen as maintaining a positive outlook, whereas Jen is seen as being in a dark place and struggling to get over her pain. However, the series comes with a bit of twist, as Jen becomes more unhinged by revealing the mysterious death of her husband while Judy maintains a dark secret till late.

Mindhunter is one of the Netflix series, which is like a tour de force of the criminal psychology field. It’s an absolutely outstanding series directed with meticulous attention to the period of mid to late ’70s.

Mindhunter is an American Netflix crime thriller web series of Joe Penhall that has covered plenty of disturbing chapters of real-life serial killers, which can give you some panic attack pills.

If you’re into crime movies, then it’s one of the shows that you shouldn’t miss. Different and fantastic series that expand criminal science by getting into the psychology of murder while getting uneasily close to real monsters of life.

Series 4 – The Haunting of Hill House

It’s a well-planned story with many suspense and chilling horror that will not leave you disappointing. It’s a 10 episode series of Netflix that comes with the captivating plot making it hard to miss for any horror story lover.

Also, the second season is also awaited, which is most likely titled as The Haunting of Bly Manor based on the 1898 book The Turn of The Screw by Henry James. 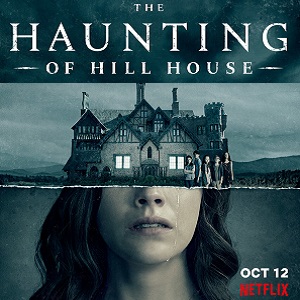 Series 5 – The Trials of Gabriel Fernandez

It’s one of the rare documentary series where the filmmaker Brian Knappenberger stated that during the course of two-year production, producers have to keep calling therapists due to the disturbing content. This Netflix series features interviews with Los Angeles Times journalists, attorneys, Los Angeles County District Attorney, and many others.

It’s one of the saddest cases that jolted the whole system as his protectors were responsible for his death. His guardian, own parents, took his life by tormenting him.

Series 6 – I Am Not Okay With This

I Am Not Okay With This is a story of a 17-year-old girl named Sydney where she navigates through the complexities of high school, family as well as other things while dealing with her new superpowers. It’s based on Charles Forsman’s graphic novel book of the same name.

It’s one of the refreshing show of the Netflix that start with some funny lines like the main star on which the whole series revolves around, describes herself as a boring 17-year old white girl, and then the voice begins “Just kidding. I don’t know what to write in this stupid thing.” And, that stupid thing is nothing, but her journal given by her counselor, as one of the ways Sydney can cope with her moods, which often get affected because of her father’s suicide that happened a few months earlier.

An American teen drama TV series, 13 Reasons Why is a story of a seventeen-year-old high school student and his friend who killed herself. It’s the series based on the book named on the same name, 13 Reasons Why by Jay Asher. It narrates the story of how Hannah Banker’s classmate Clay Jensen and crush uncovers the reason that she took the decision of ending her own life.

It’s the show that explores and depicts various social issues that are affecting modern youth like suicide, bullying, racism, jock culture, deportation, police brutality, and more. Till now, three seasons have been released, and the fourth season is yet to be released. Either it’ll be released in this 2020 or else 2021 for sure.

An American crime drama Ozark is a web television series of Netflix. It’s a fictional story that has portrayed brilliantly how far a family can go to stay together and stay alive despite facing obstacles. It’s the story of a man who launders money of a Mexican Drug cartel for years. And, the twist comes in when the cartel gets to know that his partner was skimming money and then the dangerous turn takes place for him and his family as well.

The story is mainly focused on the flow of money. However, to keep the show authentic as much as possible, the showrunners also gave the right looks like no one will be seen driving fancy or too many cars and is seen living in a modest home while keeping themselves plain as possible. And these habits are every day for people who work in finance because being spendthrift can lead to numerous red flags.

A Polish-American fantasy drama series The Witcher is based on the novel of Polish Author Andrzej Sapkowski. It has also gained tremendous recognition after being released as a video game.

It’s the series that follows Geralt of Rivia’s journey, one of the mutated monster-hunter who has the superhuman powers and the one who gets a chance to meet few people while traveling to places for hunting and killing monsters.

It’s set on a fictional medieval landmass called “the Continent.” First, this show begins with the three main protagonists from different points of time and then later exploring formative events that happen to shape their characters, before merging it into a single timeline.

Better Call Saul is an American crime drama series a spin-off and prequel of prior series Breaking Bad. The series is of small-time lawyer Jimmy McGill whose skill takes him into the underworld crime of drug trafficking in Albuquerque, New Mexico. It’s a story of ex-con artist Jimmy McGill who goes through a series of tragedies and trials after becoming an attorney because of his alter ego transformation into Saul Goodman, the one who is a morally challenged criminal lawyer.

It’s one of the master class storytelling, which will make many forget that it’s a prequel or it’s the successor of Breaking Bad. It’s one of the finest shows where you’ll find every moment, word and action has its repercussions similar to a stone dropped in water, creating ripples all around it.

Peaky Blinders is one of the Manliest series you’ll ever find. If you’re a fan of British period movies, you’ll find this “Peaky Blinders” as a delight.

It excels really well in the casting of its strong characters and a storyline that continues to evolve for reflecting a restless period.

Peaky Blinders is one of the epic gangster web-series set in the lawless street of the late 1920’s Birmingham. It’s a story of an England based cosmopolitan street gang that controlled from the end of the 19th century till after the First World War. It’s the story of the group who were quite known for their violence on innocent civilians, their rival gangs, and constables as well.

Shameless is an American series that centers on siblings in a dysfunctional family that struggles to cope up with their alcoholic father. It depicts the story of Frank Gallaher, who is a single father raising six children.

It’s one of the dark comedy series that showcases shocking and disturbing issues of all the families who have been affected by addictions along with the likable characters that show empathy very well. It also showcases socio-political paradigms, which makes it quite disturbing if you belong to one of the conservative Christian family. However, be sure that it contains raw humor, foul language, along with a lot of other things that could make you uncomfortable if you’re sensitive.

Created by Michael Schur, The Good Place is an American comedy series. The whole series revolves around Eleanor Shellstrop, who arrives in the afterlife Heaven like utopia due to her righteous life.

However, later she realizes that she was sent there by mistake, and she tries to hide her morally imperfect behavior while attempting to change herself into an ethical person.

It’s one of the sitcoms shows, which is quite fun, philosophical, light-hearted, and yet a bit with realistic background theme. It flashes the reality of life in a hilarious picture, for example, struggles of individual, chaos, emotions, rush, friendship, life, death, and much more. 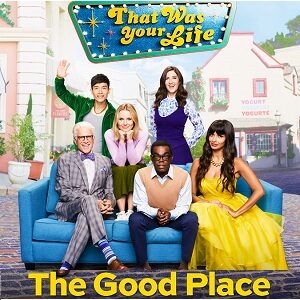 Tons of series are released every year. Netflix has started once with movies, but now it has got into web series on an equal level, too. Netflix is even considered as one of the most popular streaming series around the globe. If you have a subscription plan, then you know, even if you watch one series in a day, you won’t be able to binge-watch the entire library in a year.